In 2006, then-Governor Arnold Schwarzenegger signed the Million Solar Roofs Initiative into law, which set a goal of building one million solar energy systems on homes, schools, farms, and businesses throughout California. In 2019, the idea that once made international headlines for its “wow factor” became a reality.

The benefits of the Million Solar Roofs Initiative exceeded expectations. The initiative’s goal was to build 3 gigawatts of rooftop solar throughout the state. The program met its goal in 2015, ahead of schedule, and the market has continued to grow. Today, California consumers have installed nearly 9 gigawatts of local solar energy, three-fold the original goal. Those 9 gigawatts of solar energy – the size equivalent of six large natural gas power plants – generate more than 13 billion kilowatt-hours of clean electricity each year avoiding 22 million tons of CO2, 16,000 tons of smog-forming pollutants, over 350 billion cubic feet of natural gas and bypassing expensive and aging utility infrastructure.

The Million Solar Roofs program set aside more than $3 billion for solar rebates. This provided sufficient financial incentive and growing demand for the manufacturers to scale-up. Subsequently, solar costs came down, so that today no more subsidies are needed.

The Million Solar Roofs Initiative was also the catalyst for significant job growth in an industry that supports hundreds of local small businesses and over 77,000 jobs – more people than employed in the state’s five largest utilities combined. Today, solar jobs are found in every region of the state from Kern County to Crescent City.

The first hero moment was when the program met its capacity goal of 3 gigawatts in 2015, 4 years ahead of schedule. The second milestone was the completion of the one millionth solar roof in 2019. Installing one million storage batteries could be the next step. 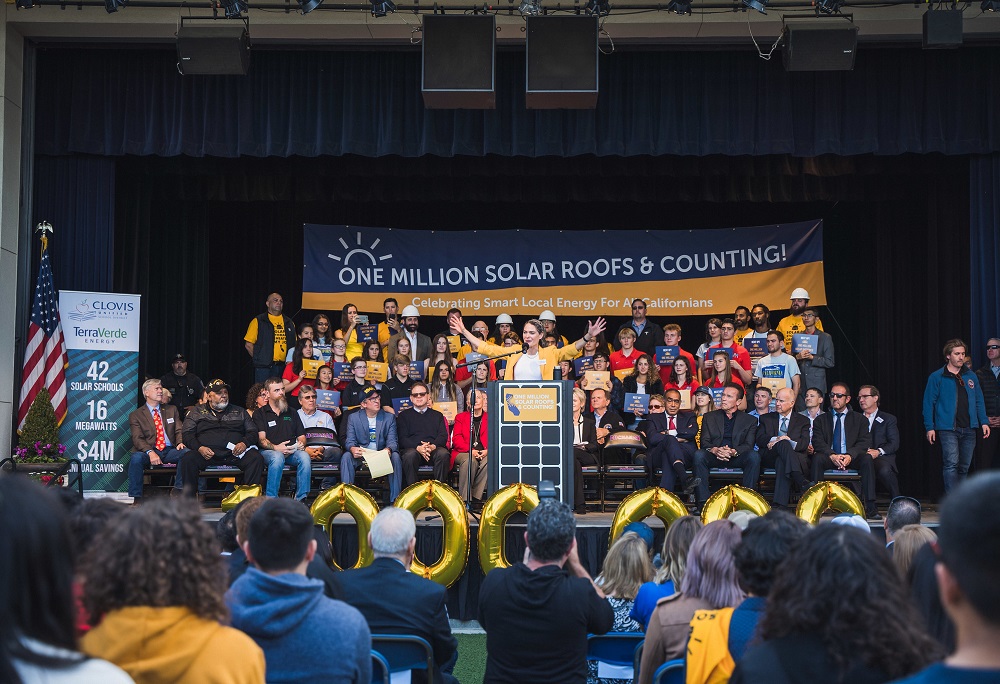