The first prototype of building entirely covered with plants

The Vertical Forest is the prototype building for a new format of architectural biodiversity which focuses not only on human beings but also on the relationship between humans and other living species. The first example, built in Milan in the Porta Nuova area, consists of two residential towers that are respectively 80 and 112 metres high, housing a total of 800 trees: 480 first and second stage trees, 300 smaller ones, 15,000 perennials and/or ground covering plants and 5,000 shrubs, providing an amount of vegetation equivalent to 30,000 square metres of woodland and undergrowth, concentrated on 3,000 square metres of urban surface. All the greening and maintenance operations, including irrigation, are centralized.

The needs of the plants are monitored by a digitally and remotely controlled installation while the necessary water is largely drawn from filtered effluent from the towers. All these solutions overcome the still essentially anthropocentric and technical concept of “sustainability” while moving in the direction of a new biological diversity.

A few years after its construction, the Vertical Forest has given birth to a habitat colonized by numerous animal species (including about 1,600 specimens of birds and butterflies), establishing an outpost of spontaneous flora and fauna recolonization in the city.

Unlike “mineral” facades in glass or stone, the plant-based shield does not reflect or magnify the sun’s rays but filters them, thereby creating a welcoming internal microclimate without harmful effects on the environment. At the same time, the green curtain “regulates” humidity, produces oxygen and absorbs CO2 and microparticles, a combination of characteristics that have brought the project a number of important awards, including the International Highrise Award from the Deutsche Architekturmuseum in Frankfurt (2014) and the CTBUH Award for the best tall building in the world from the Council for Tall Buildings and Urban Habitat at Chicago’s IIT (2015). 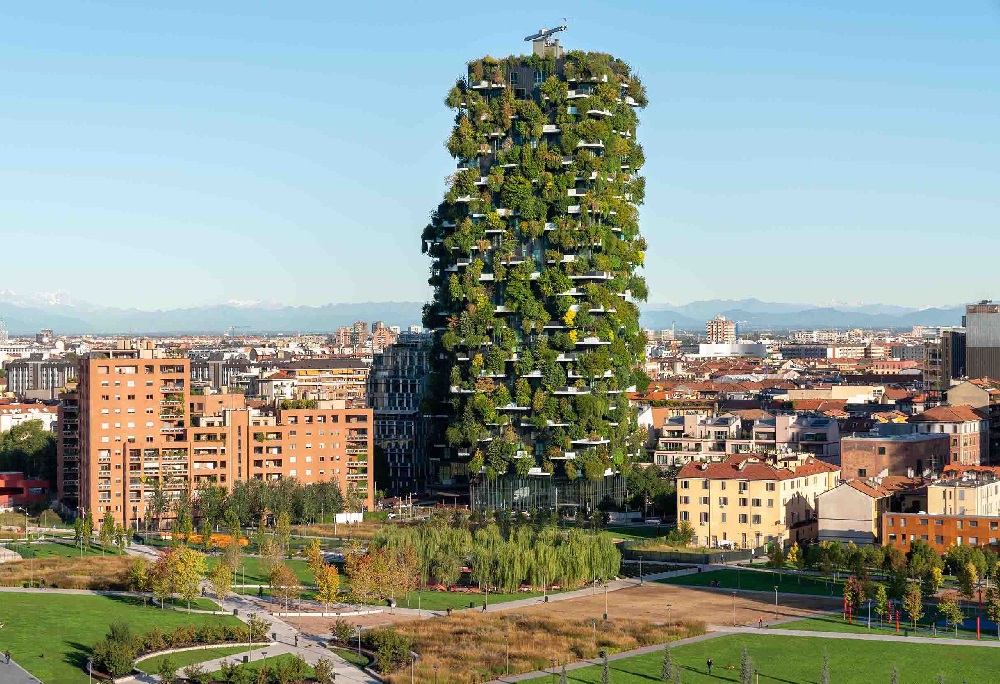 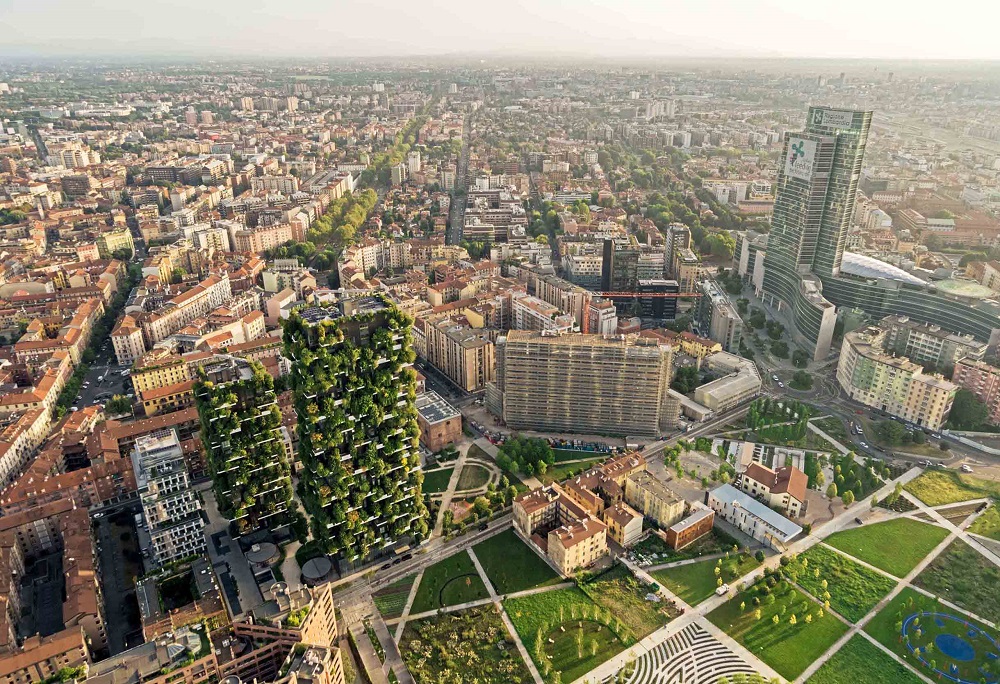 Comparable to the annual CO2 absorption of
240 trees